Greetings all,
it's about time I posted another hobby progress update I think, I've been conscious for a few weeks now I've not done one for a while but with the pace of real life and the teases from GW I've had other things to do.

With that in mind, let's have a look back then at what I've been up to over the last month and a bit! 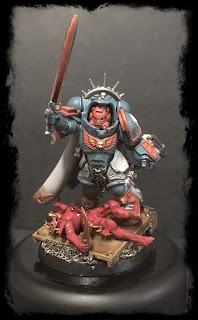 Chapter Master Lox Kaitana completed. I say completed, I think I'm going to go back and re-paint the Dark Eldar corpse on his base, it was done in a bit of a hurry, and I think the red detracts somewhat from the colours of the Marine himself. 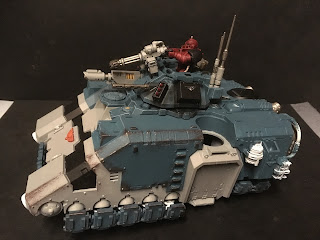 The Repulsor hasn't moved on much from this point, I figured it was probably just a little too big to be the first model I completed, it should be more of a treat than a standard unit, and it's also obvious it's going to take a big chunk of time and focus to finish it, that at the moment would be better spent focusing on getting the basics of a battalion up and finished. 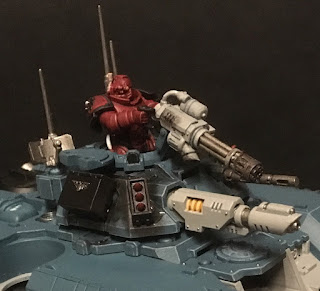 I did find time to get the vast majority of the cupola done however - I'm really pleased with the way it's come out too, the generally subdued tones complemented and set off against the yellow power coils of the las talon. 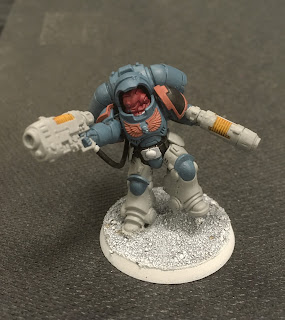 I've started working on the Inceptors too, I'm really pleased with how the posing has come out on them - I can't stand the current flying bases but actually some of the poses work quite well standing on the ground.

I particularly like this one, it's got a great sense of movement to it without needing to be in the air. 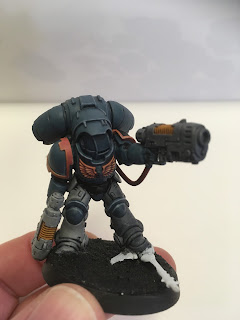 This one however is a much more static pose, but equally menacing and pretty atmospheric I think. 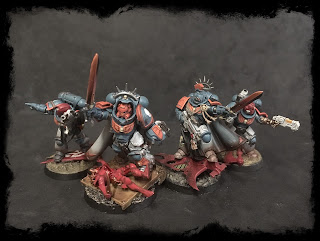 A few of the Command Staff of the Chapter and Sabre Company, I really like this picture, though there are plenty more Sergeants to add to it just as soon as I've finished them off. 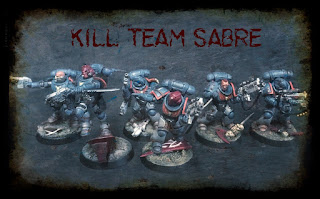 Next up I finished off Kill Team Sabre, half a dozen hand picked members of the Company to represent Captain Darke in missions of a more covert or elite nature. 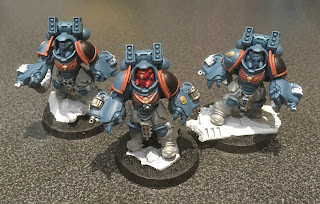 Then I started work on some Aggressors. They're 'big' models, not in terms of their overall scale, but they've got a lot of detail to them and they play a significant role on the battlefield. Plus I was hoping they'd buck the usual trend since they've tended to die early whenever I've used them before now, and since I put some paint on them they've performed much better. 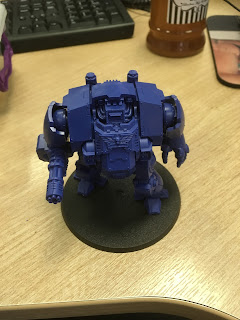 A cracking deal, I picked up the Easy to build Redemptor Dreadnought from the Warhammer 40k Conquest magazine. There's a couple more things that I'm looking forward to becoming available, not least of which the Repulsor, the Chaplain and the Apothecary, but for the near future at least there's not much for me to grab. 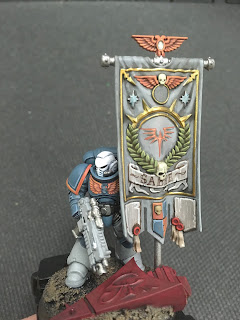 This last week I've been focusing more on the Ancient. I know, hopping around painting most of a model without actually finishing any of them - I'm the epitome of a hobby butterfly, not only jumping from one army to another, but between units of the same army too!

He's very much getting there though, and I'm really pleased with how well the banner has come out of it all, plus the white on the helmet has come out really smooth too. 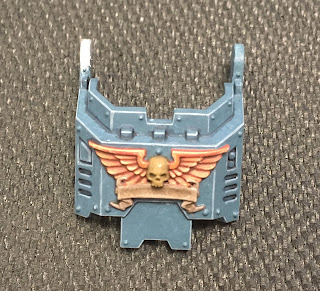 Today however I jumped again, and did some work on the not so easy to build  Redemptor. It took a good long hour, but it's almost complete, just the skull/scroll to do and some weathering once the rest of the model is complete.

Well there you go, that's a quick run down of the last month or so since my last post. Doesn't seem like much? Well that's because there's 27 Tzaangors been progressed as well, but they're for a commission and I'm only going to show pics of that once they're completely finished.

Well there you go, hope you enjoyed!

If you want to follow along with more 'timely' updates, you can catch me on twitter and instagram using the above details, or you can also search and follow my personal blog page on facebook - just search for The Burning Eye and you should find it (or you could just click the link below)